Sophie the Otter: Tough Girl  (JP: ソフィー・ザ・オッター：トダロホラー！ Sofī za ottā: Todarohorā! meaning Sophie the Otter: Todaro Horror!) is the 2nd Theory spin-off which is an action-adventure-puzzle-platform-RPG game that was released several months after Reicheru the Yokai Spirit: Abusive Fall, Concerned Rise in September 15, 2013 for the Nintendo 3DS and Wii U. Unlike RtYS: AFCR, the game is not only a spin-off, but also a prequel to the Theory series as it took place about 2 months before the Theory of Nicole. It is rated T for Teen.

It's otter-ly terrifying when a group of mean people capture Sophie's little cousins named Peanut, Butter, and Jelly and Sophie's pals and other concerned people afraid of the big bad group! Not to mention that they robbed Sophie's houseboat by taking her favorite items from her room! Are you ready to get furry-ous by dishing out revenge to the rebellious rapscallions in 40 different worlds? If so, Sophie will be waiting for you so she can rescue her buddies and her cousins!

Taking place 2 months before the events of the first Theory game, 12-year-old Sophie the Otter is babysitting her younger cousins named Peanut, Butter, and Jelly, whose ages are seven, two, and five respectively, suddenly, a villainous Italian spirit named Alessandro Todaro along with Giuseppe Todaro and Youalldeserveto****ingdie Inmyopinionyouare****ingdead kidnap PB&J because they wanted to kill them and that they hate them all the time. Youalldeserveto****ingdie holds Peanut hostage, while Giuseppe holds Butter captive, and Alessandro holds Jelly captive since all 3 were related to Oswald Otter, who took Alessandro in the past. Now PB&J are no longer together, but they are separated. Not only that, but other selfish people from the SN series kidnapped Sophie's friends that would later join together to become a group known as the Terrific 10 in the future. The three evil men even robbed her houseboat by taking her favorite belongings from it. Alessandro scattered them into separate worlds with his water cyclone attack. It's up to Sophie to rescue the concerned SN characters, her friends from the Theory games, and her cousins!

Sophie the Otter: The main protagonist and the central character of the entire game. She is playable by default. She tries to defeat Alessandro and his gang and rescue her friends and her cousins PB&J.

Anna "Aunt Nanner" Otter: Sophie's mother. Known to be quite a famous world traveller. She was kidnapped by Milo Outer, who threatened to paralyze her legs and make her receive a poisonous brain infection that is ultimately deadly.

Nicole Birou-Jennings: A popular YouTuber and expert gamer. She, alongside the other Terrific 10 members (except Sophie the Otter) have been kidnapped by Darren Intersection. Her moveset is similar to the one in the main Theory series.

Chartfanlover: Serves as the mentor in the game. She teaches the player how to master the controls in the game, just like Barney Gabroonie in the normal Theory games. Unlike Gabroonie, CFL can also give you hints on how to clear a level whenever the player has difficulty getting past it. She alongside 5thCent Entertainment both are their 2013 selves. They traveled from 2013 to 2012 via a pair of 1 Year Earlier portals. While in them, they had a rough race to the end of their respective portals. Chartfanlover managed to win, angering 5thCent Entertainment and 5thCent held someone hostage.

Lizzie: Lizard-like enemies that attack by just running into the player. They are the most common enemies in the game.

Diablo: A devil enemy with black wings and with sharp fangs. They are the basic flying enemies of the game.

Rodpummels: From the Theory series. They have the same attacks and appearance as before.

Witches: They cast a spell on the player to turn him/her into a frog for a short period of time. They can also hit the player with their broomsticks.

Shardvark: Aardvark-like enemies made of steel that shoot titanium shards from its back at the player, as its name suggests.

Creepy Zoo animals: They bite the player and scratch him/her, too. They are Webeewize's minions.

Ice Ball Penguins: They return from the Theory games, but have a redesigned appearance. They now wear blue earmuffs as opposed to their scarves of the same color, but a darker shade in the original. They also now have orange beaks and feet. Their tongues also now stick out, giving them a dopier appearance. They now attack by kicking ice balls across the ground. Contact with the balls causes them to explode, turning him/her into an ice sculpture and immobilizing him/her. They also shoot smaller balls of ice from their earmuffs on both sides, which give the player damage upon contact (though he/she does not become an ice sculpture).

The following is a list of alternate costumes that can be bought at Uncle Ernest's General Store for an amount of sapphires. There will be 10 different costumes for each character.

Stoner and Johnston replaced Jenell Brook Slack and Adam Rose's roles as Jelly and Peanut respectively due to the latter 2 actors growing up (despite Slack being grown up, she still voices Sophie the Otter).

The game received positive reviews from critics, praising it for very brilliant graphics, well-executed controls, pleasant and original music, and overly addicting gameplay. Despite all of this, it received negative reviews from the staff of Gadadhara Bobbalu School.

Over 30 million copies of the game in both versions combined were sold.

Here are some comments on the game by SN characters:

"AMAZING GAME ON A THEORY CHARACTER! I LOVE IT!" by Ji woong.

"WHAT?! HOW CAN THIS GAME BE SO POPULAR AND HIGHLY ACCLAIMED?! I'M GONNA KILL THAT B****RD OTTER!" By Giuseppe Todaro. 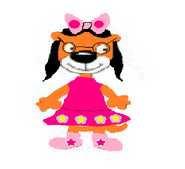 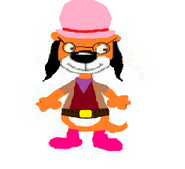 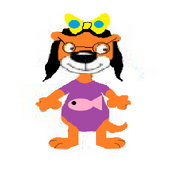 Rodpummel as it appears in this game. 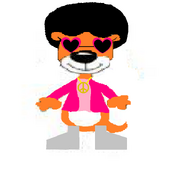 Ice Ball Penguin
Add a photo to this gallery
Retrieved from "https://supernannyfanon.fandom.com/wiki/Sophie_the_Otter:_Tough_Girl?oldid=196243"
Community content is available under CC-BY-SA unless otherwise noted.